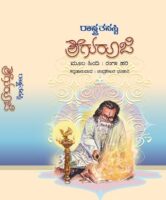 THE EVOLUTION OF MAHABHARATA

Tragedy struck the Wodeyars in 1762 when Hyder Ali, a troop commander employed by the Maharaja, usurped the throne. He imprisoned the Maharaja, who languished and died in confinement. He plundered the Pradhan’s belongings and had them strangled to death in 1765. Hyder Ali was succeeded by his son Tippu Sultan. The years that followed were to witness the lovely island capital of a peaceful kingdom, ‘an ornament to the lady earth, filled with peace, poets, wise men and ministers’ (as described in an inscription in 1685) transformed into a gory battlefield, with prisoners tortured and chained in dungeons near the beautiful temple of Ranganatha.
Lakshmi Ammanni, the bereaved Maharani, a woman of remarkable courage and ability, was determined to end the usurpation and regain the kingdom. With her great efforts on 4th May 1799 the fort of Srirangapatna was stormed. Tippu was killed. Thus, restoring the Hindu Kingdom back to the Wodeyars whose dynasty still exists in Mysore.